video
projects
about us
coming up 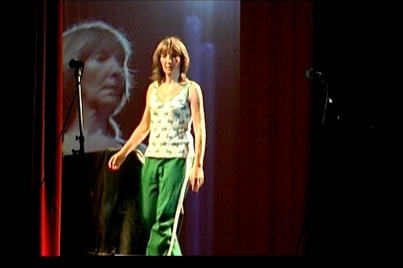 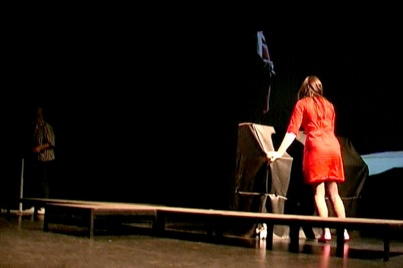 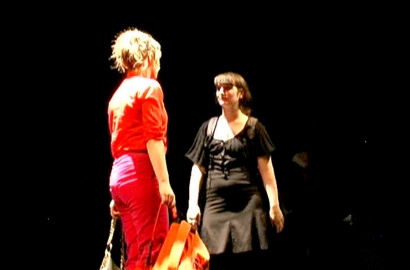 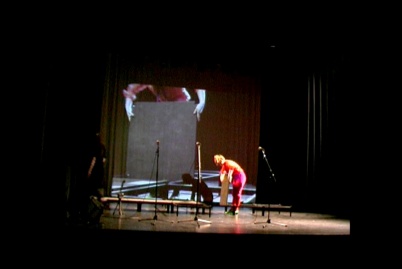 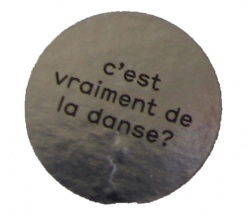 We started the session with a warmup of the "contemplative Trot". (best done for 30 mins or more...)
Then, continuing on from our session in De Player 2 weeks ago, we carried out 3 exercises all exploring the nature of Repetition/Process through movement/gesture/action.

These are just the points that I recall from today..so we can add to this..
Emerging as relevant points/issues for us to address... (at least , the ones that I remember..)

1. Choice of action: (based mainly on feedback from Ieke)
Action should have its own sense of "Logic", in order for the relationship between "you+action+environment" will be convincing and sustainable.
It is interesting to start with an "action" that has its own sense of logic, therefore..after many repeated moves, it "abstracts" from itself and has the chance to become surreal.

2. Complexity/Simplicity of action.
It is clear that simple actions are more easily "repeatable" therefore ...easier to maintain a "rhythm" of sorts. If the action/movement is simple one, (e.g footsteps) then, its possible to zoom into the action and really be aware of fine details of the movement process. It is like tracing a series of patterns. Therefore, patterns can almost become automated, but more like a mantra, where one remains very concious and aware of. Also with repetition over time, it is possible to develop an awareness of others in the group and their processes.
We are discovering that choosing overly complicated actions, in duration ... or just in practical terms (non structured), are more challenging to maintain, as there are a lot of variables.The sheer amount of variables, make it difficult to "repeat' in a precise way, and so the sense of overall rhythm/form is hard to maintain.

It is interesting to explore and create situations whereby losing oneself in the action/movement/space is possible. To immerse oneself in the simple gesture, and with increased repetitions, to become aware of simple changes and deviation from the original move. I suppose we are really saying that in order for change to be noticed, most other parameters need to remain constant. With too much complexity, too much change , too much movement we lose the formal structure and sense of rhythm and possible connections with other movements.
Of course, all these challenges etc. are worth exploring practically in our sessions..in order for us to experience these differences.

We could articulate these abstract movement processes in terms of Trajectories...lines...shapes...

Actions which are more "simple" can be repeated easily with time, therefore allowing one to really "get into" the gesture...to magnify and reveal all its micro details.Like throwing a light on aspects of something ( i,e some everyday gesture)...to reveal parts of it that we normally would not notice.
A conscious relearning of the action with a reduction of the movements to its essentials.

Actions which are more complex, pose a greated human challege to repeat/recall and so ..the general "gesture" can be replayed, but its difficult to zoom into details.

Both approaches can be deconstructed and played with:

1. straight (without interference... from mistakes or fellow trixters)

2. With interference/deviation...building and expanding the actions, with additions of mistakes or transformations etc.

They could be treated like "looping structures" .
Loops can remain the same (at least perceptually)
Loops can transform and mutate over time.

It is clear also that it is the relationships between the subject/gesture/space that define the result. The resulting gesture /structure/form emerges from this network of relationships.
The simpler the network, the easier it is for us to SEE and HEAR and Feel what is going on.. ;)

“...The audience was left confused by whether the performance had started, who was performing and who was building and when it ended. Curtains closed, people applauded, but the (mecanical) curtains opened again. Music randomly started, ended, people applauded, and music started again, ended and started again. Several loops of action where build up by the 5 performers, leaving the audience in a vacuum that actually opened up space for them to also act, instead of being fixed to their chair, being only a spectator. People started moving chairs, applauding when nothing happened, started walking around and commenting on what was happening on stage.”