video
projects
about us
coming up
contact
subscribe
'HEROpera is a waving clash opera with intergalactic fembots, soundboms and snippets of cultural codes.
This futuristic ~ stream of consciousness ~ experiment gets you into trance, makes you sweat and makes you laugh.
It’s crazy, bold, reckless, stirring, and shiny at the same time.

Trickster plays with the boundaries of opera, sound, language, gender, technology, human kind and whatnot.
Through their stereotype mix up, language mash up and mind twisted ad hoc performances you experience a whole new set of aria’s!

Don’t mis out on the beautiful space desert projections and sparkling costumes.
It’s fun, it’s fem, it’s 5 of them!' 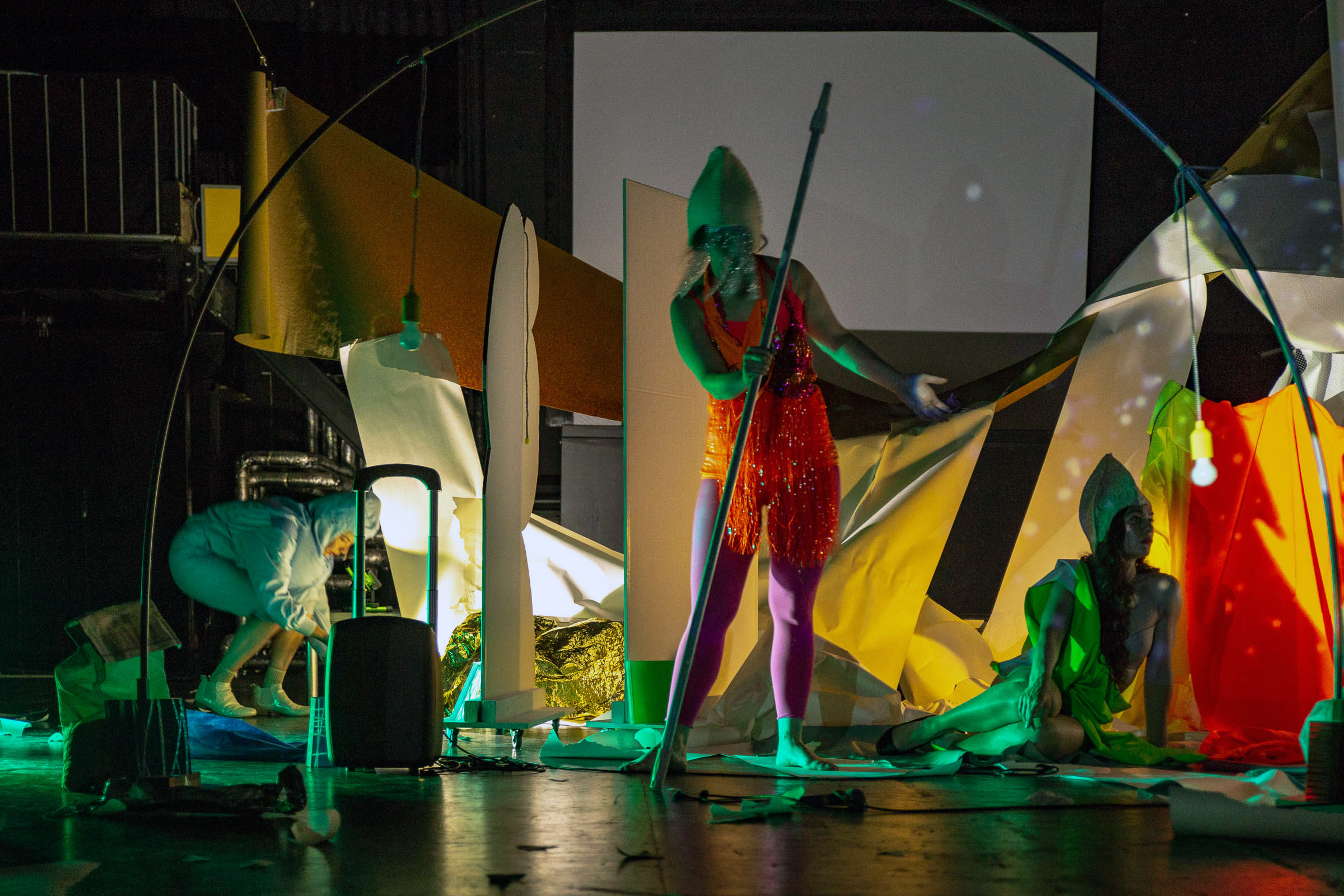 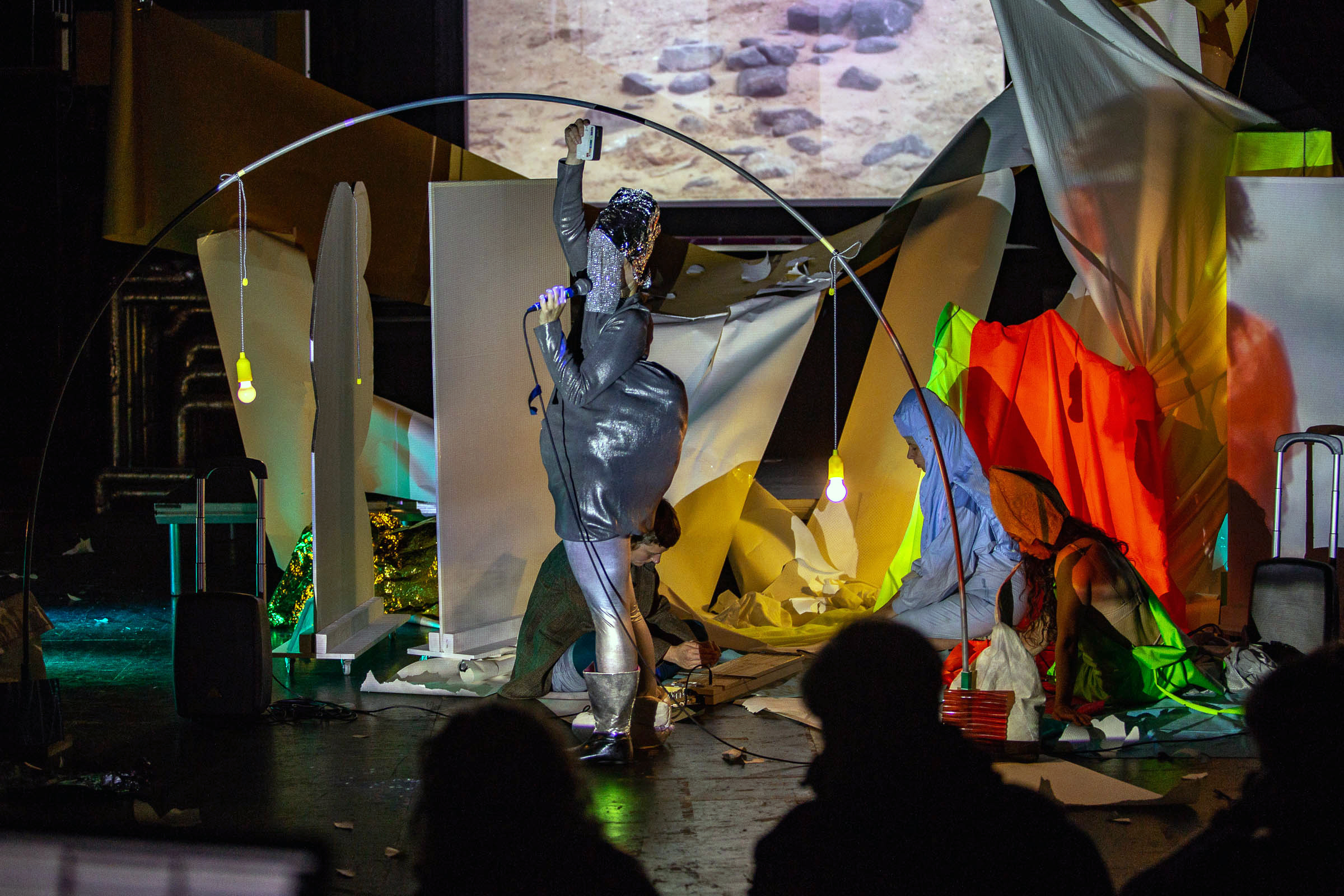 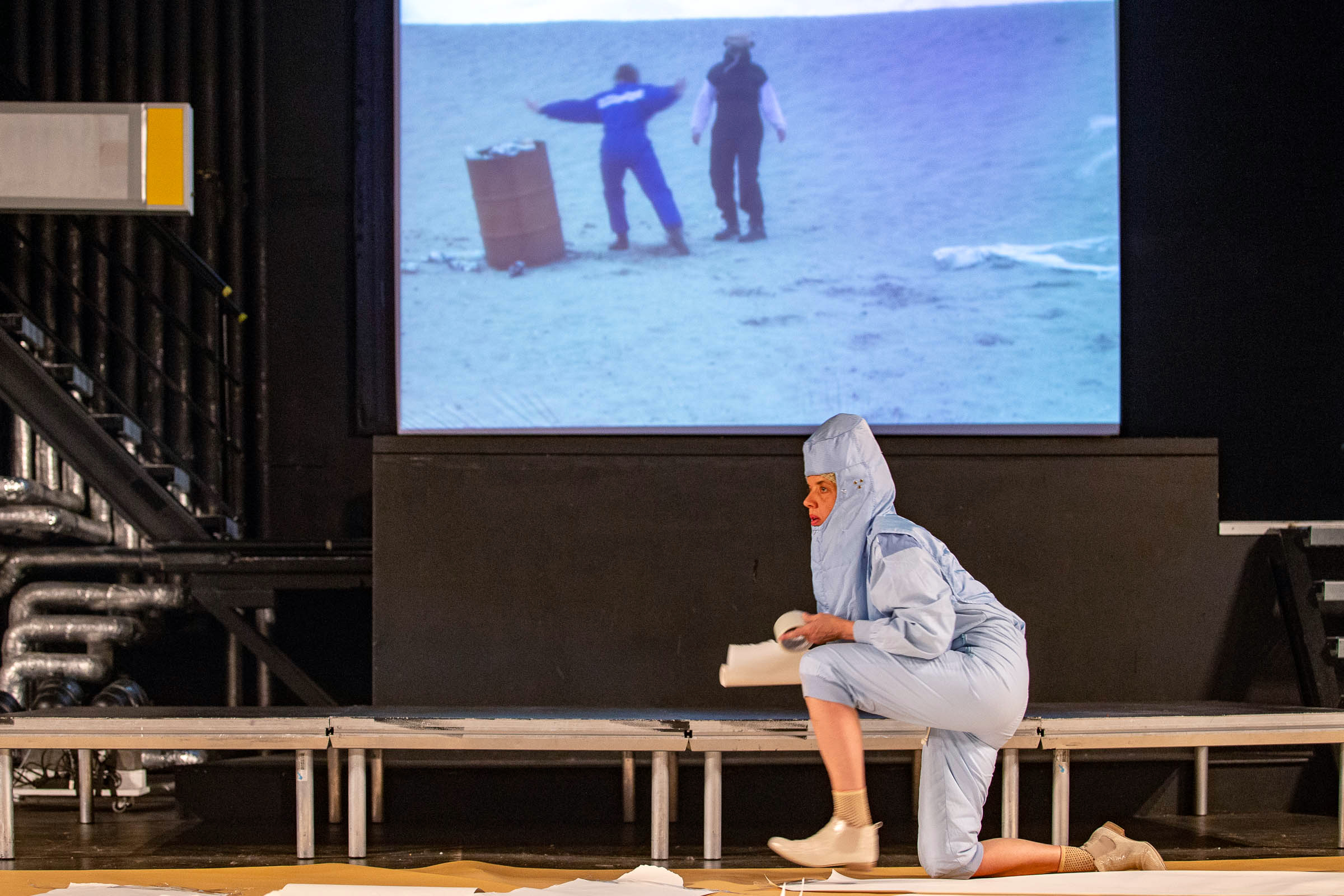 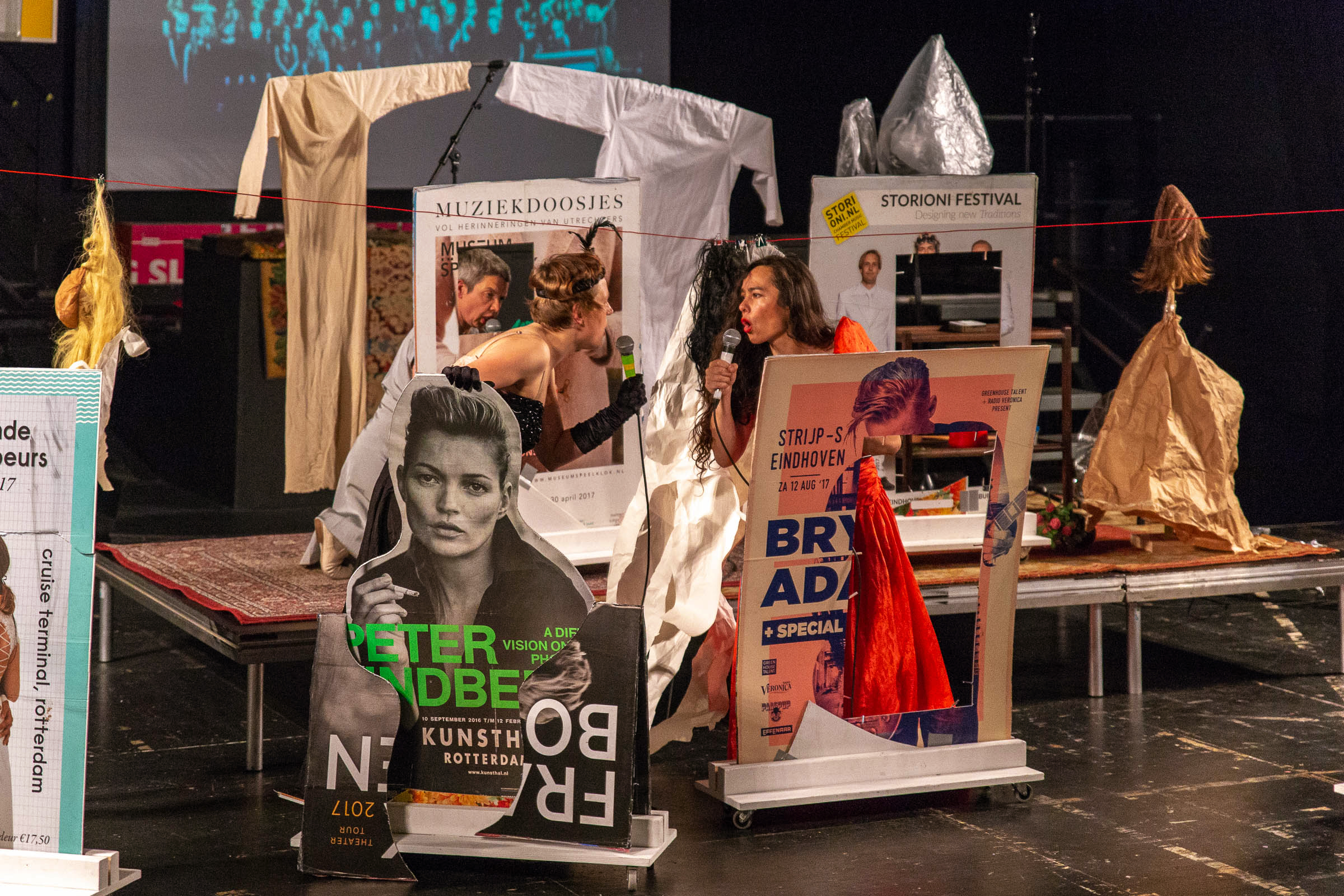 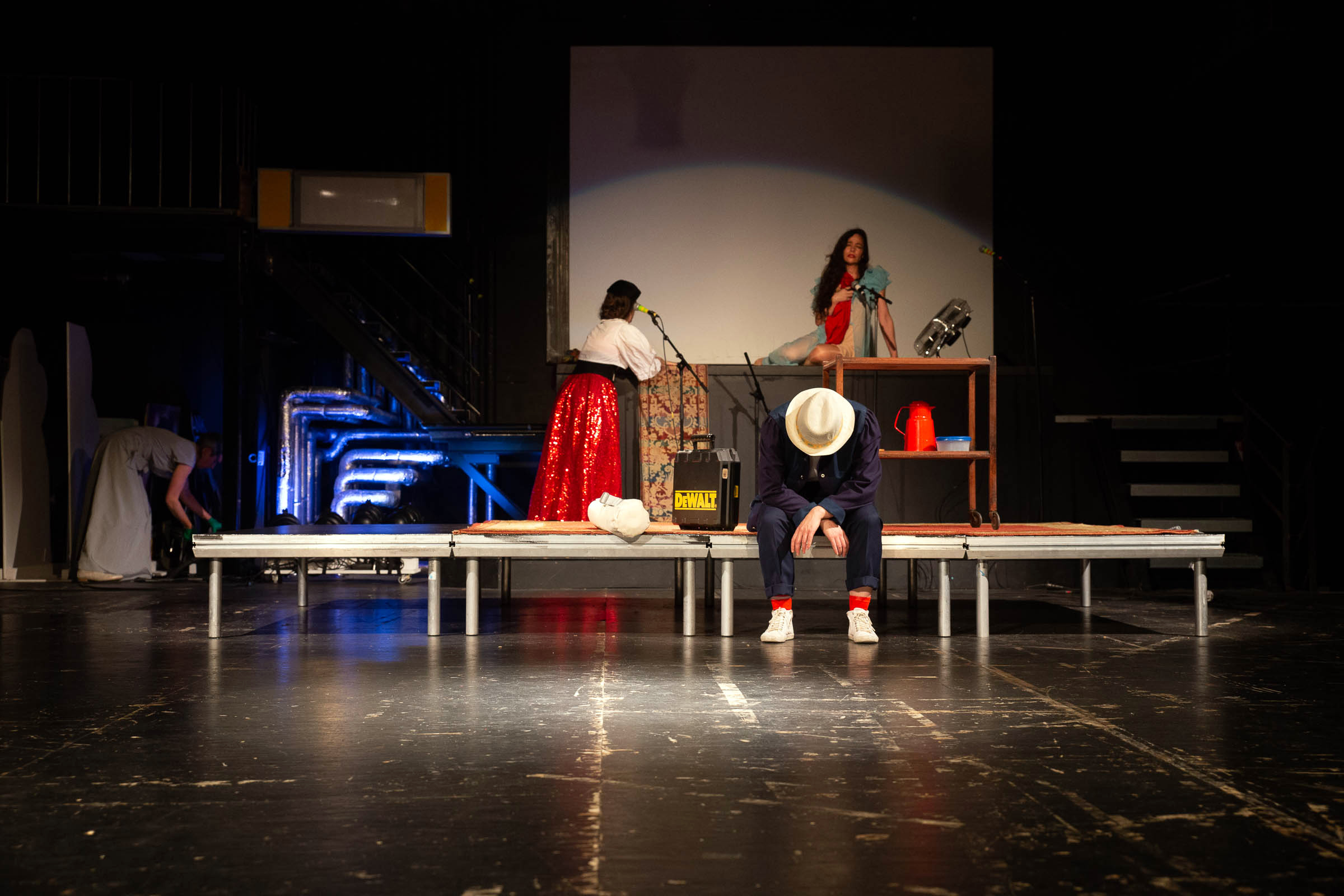 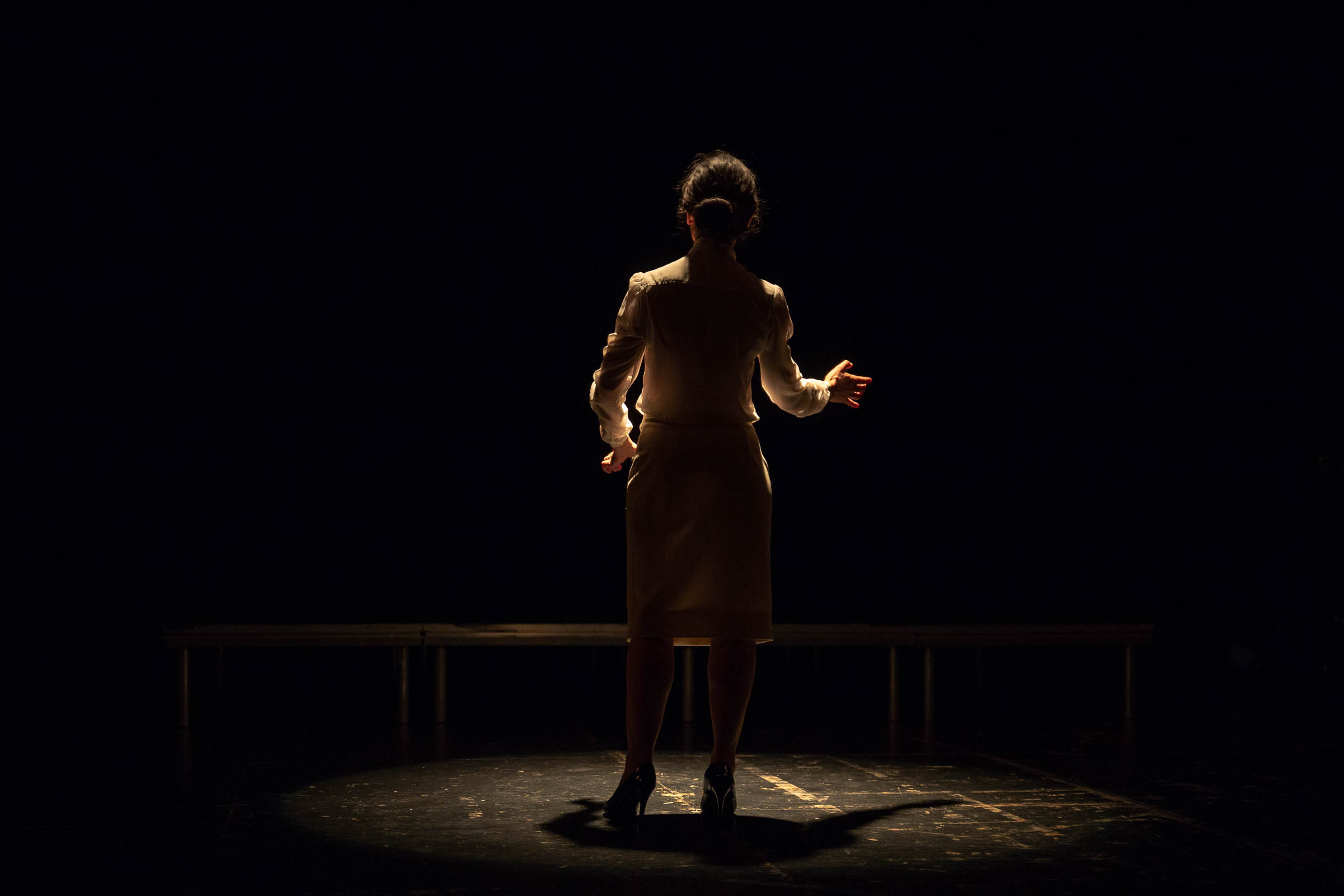 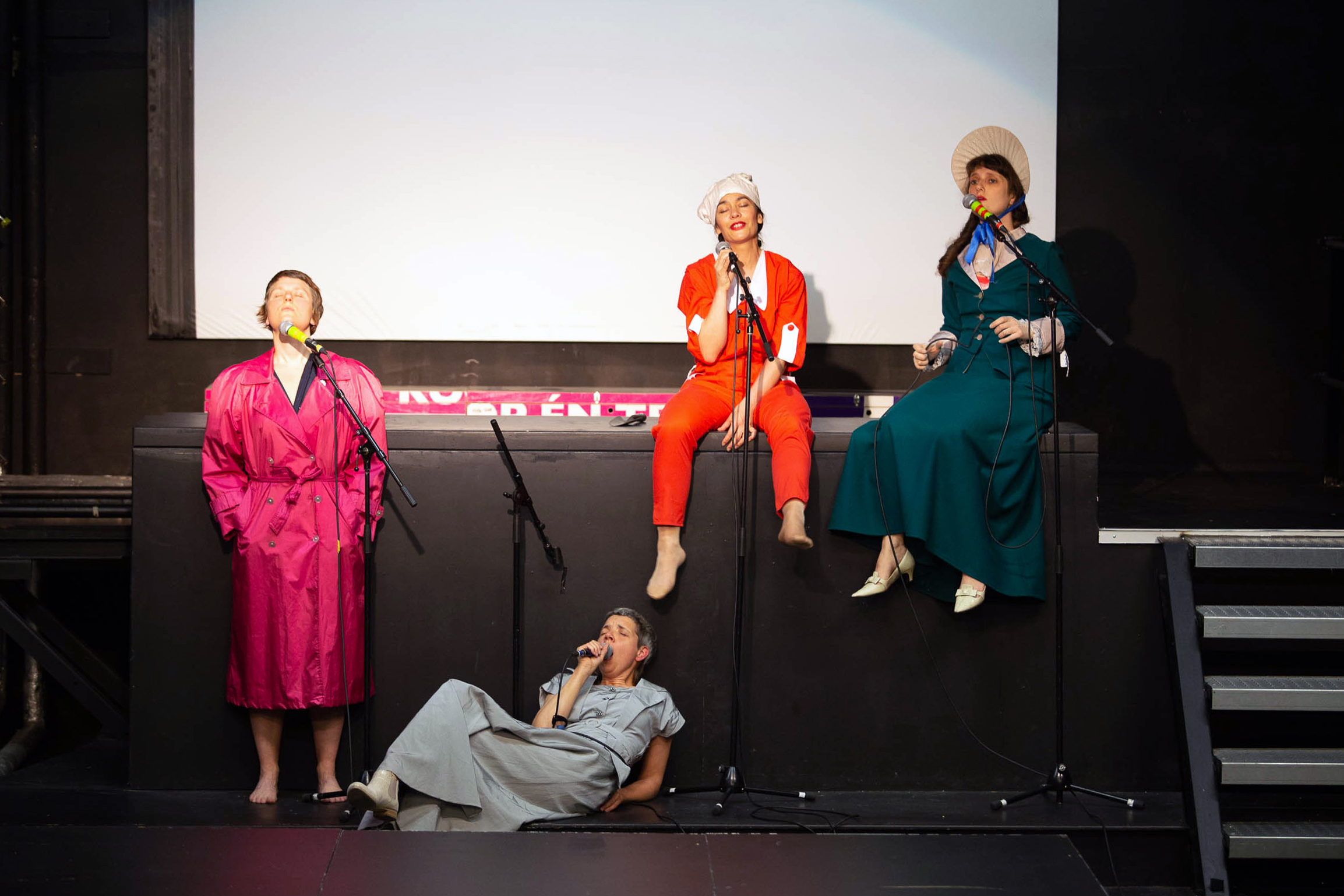 Facebook post by :Robin Kolleman (visual artist)
'The performance was so gripping I forgot to photograph so go and see it in real!!' 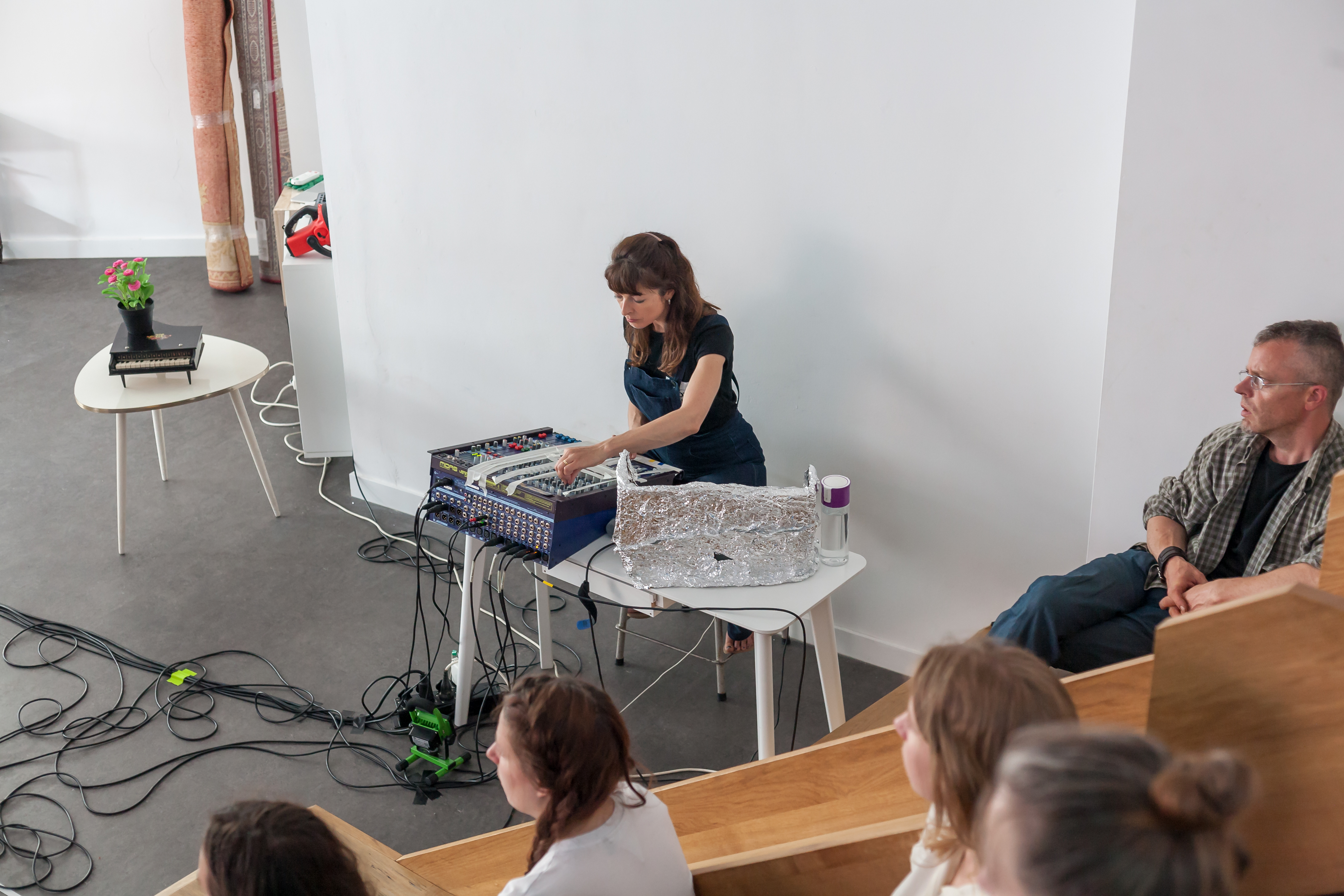 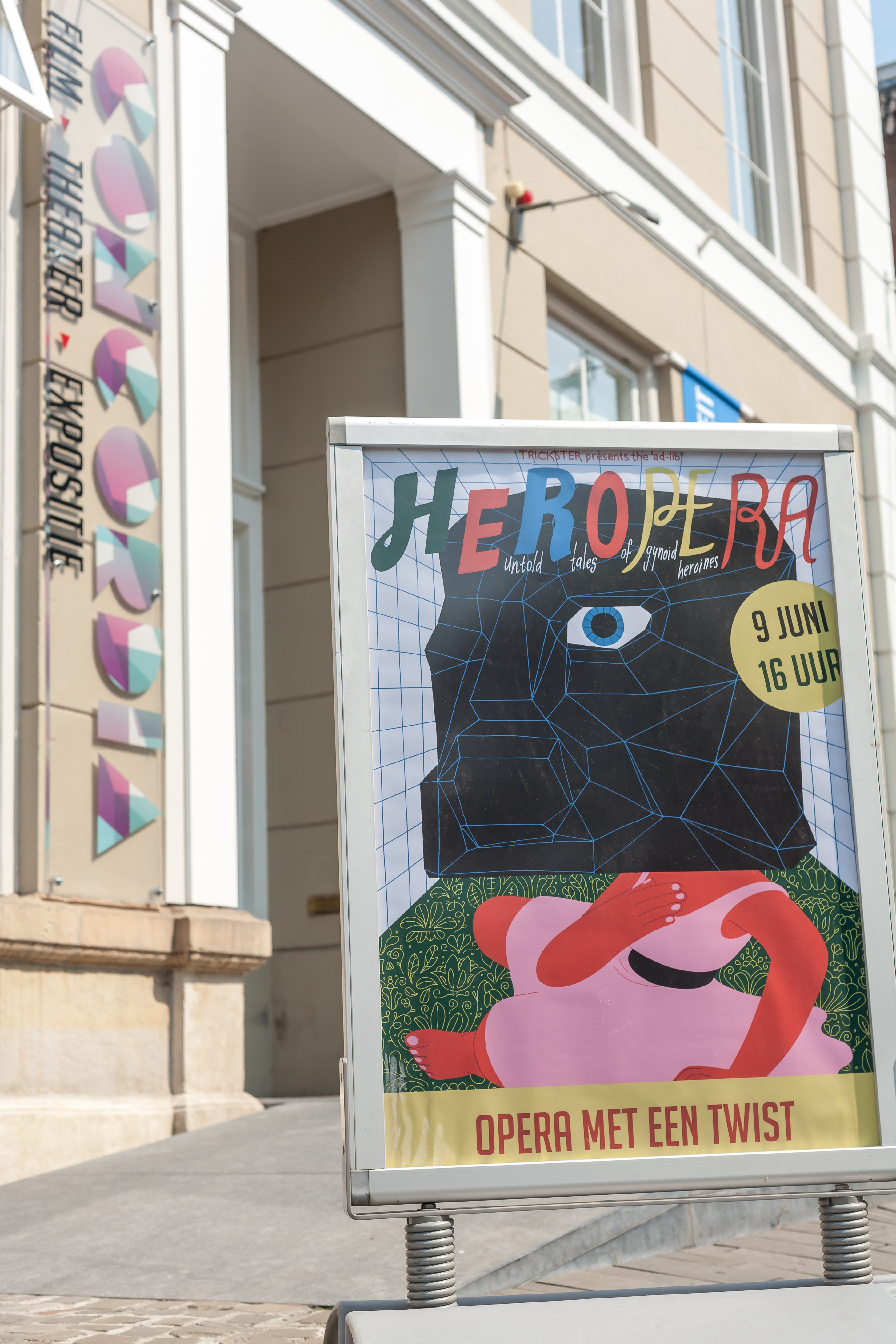 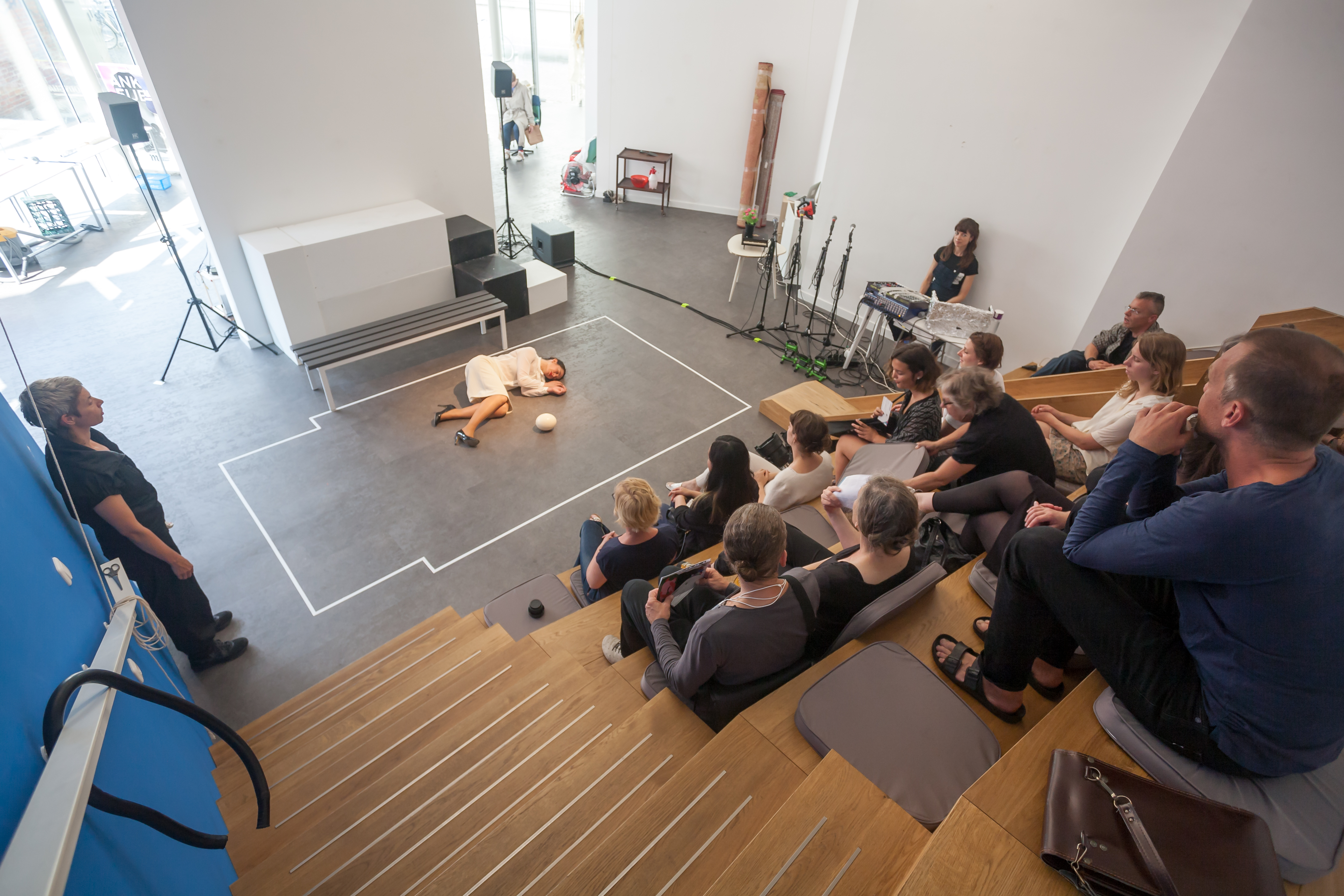 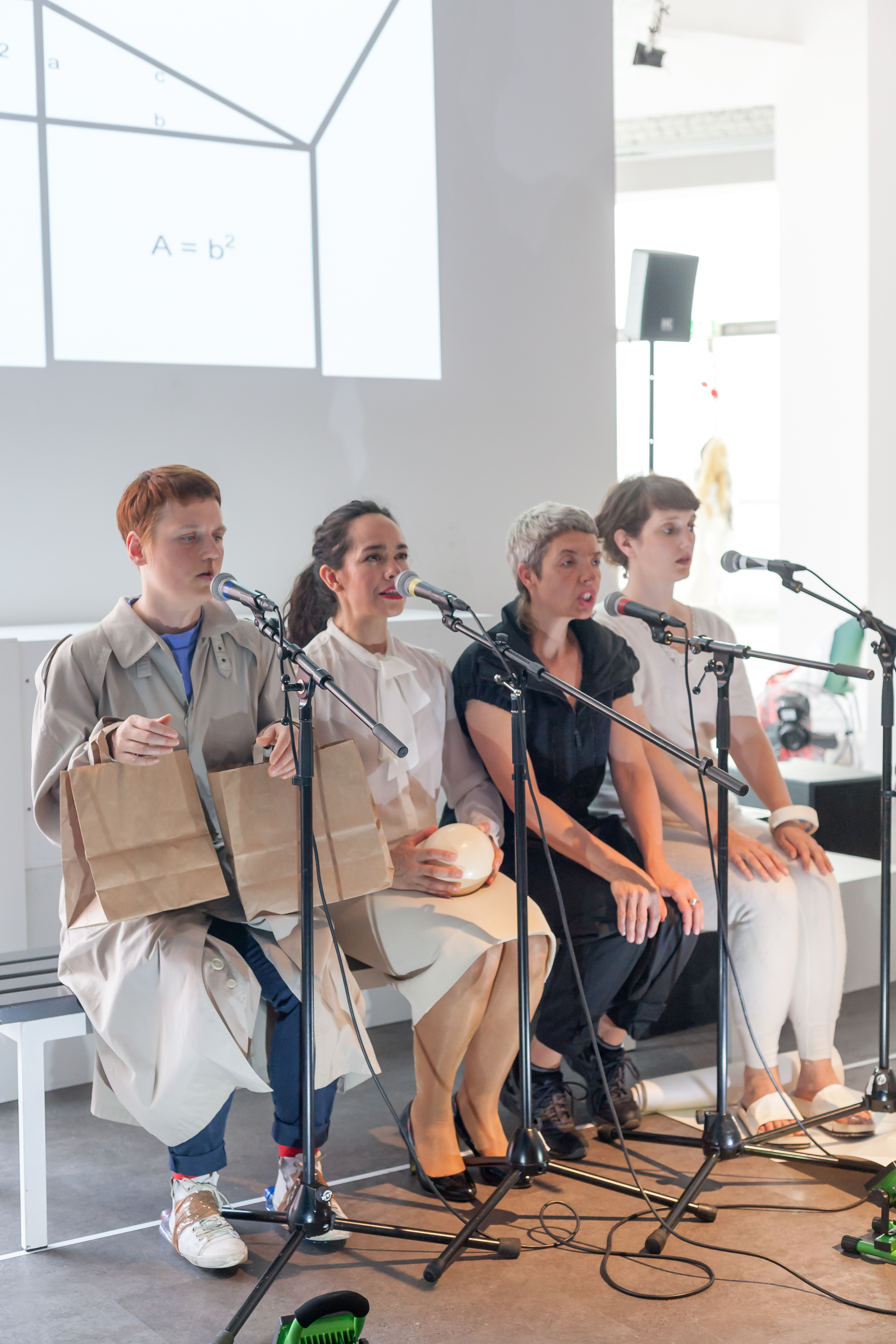 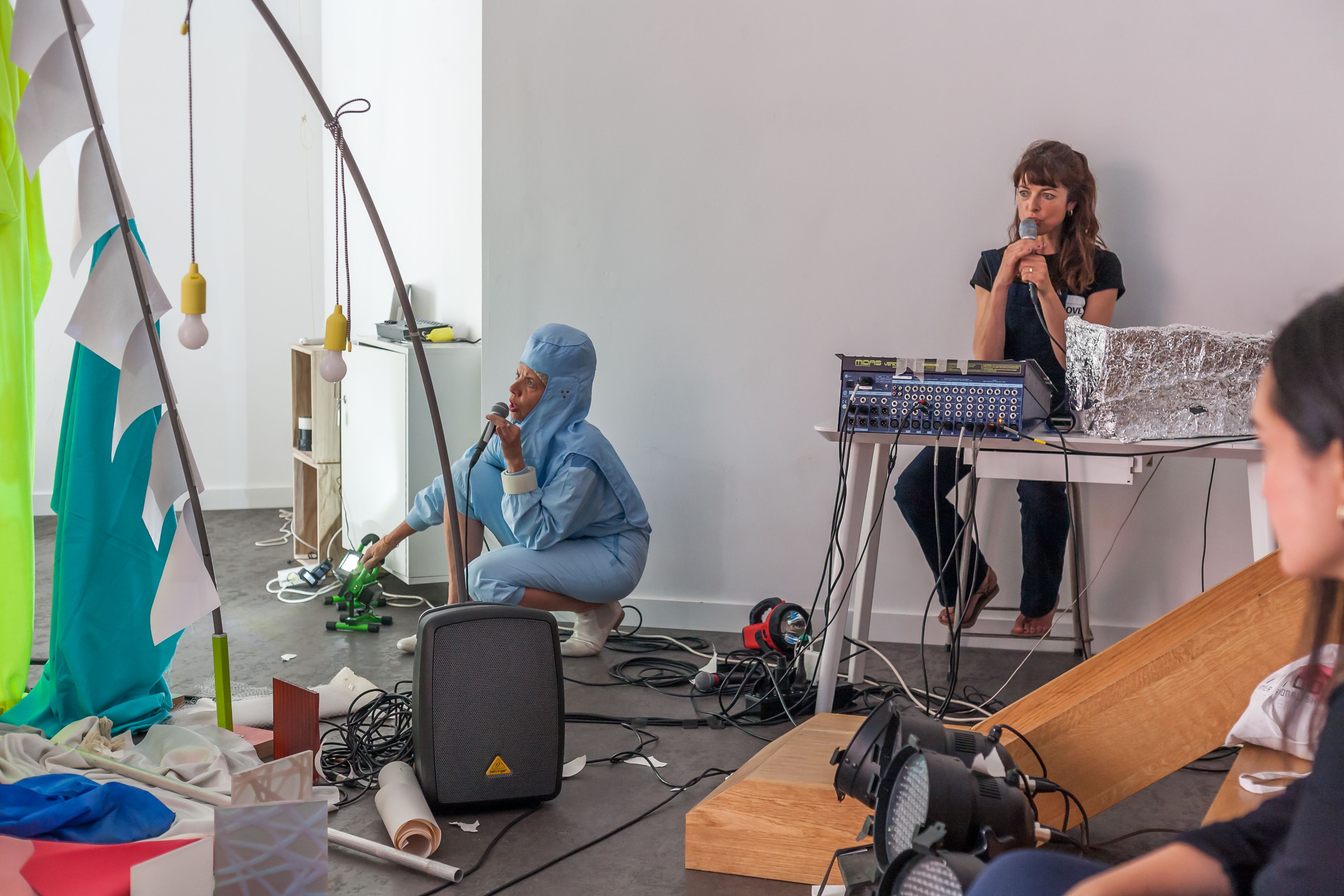 Pictures by Annelous Van Toor
HEROPERA is an improvised, ‘ad-lib’ performance deconstructing the concept of opera and challenging traditional ideas about heroism and storytelling. Sparked by speculative fiction and rooted in various disciplines, TRICKSTER plays around with the cultural and visual codes of opera, practising the relational, the messy, the spontaneous, the unpredictable. Instead of tragic heroines who sacrifice or annihilate themselves, this opera stages five women who can conjure up something on the spot, and are not afraid of not knowing (yet). Non-heroism and the unseen therefore also takes in a big space in this collective 'work' (operare). While venturing into a post-normal future, all TRICKSTERs are collaboratively and simultaneously the actors, singers, writers, scenographers, composers and technicians of this show. 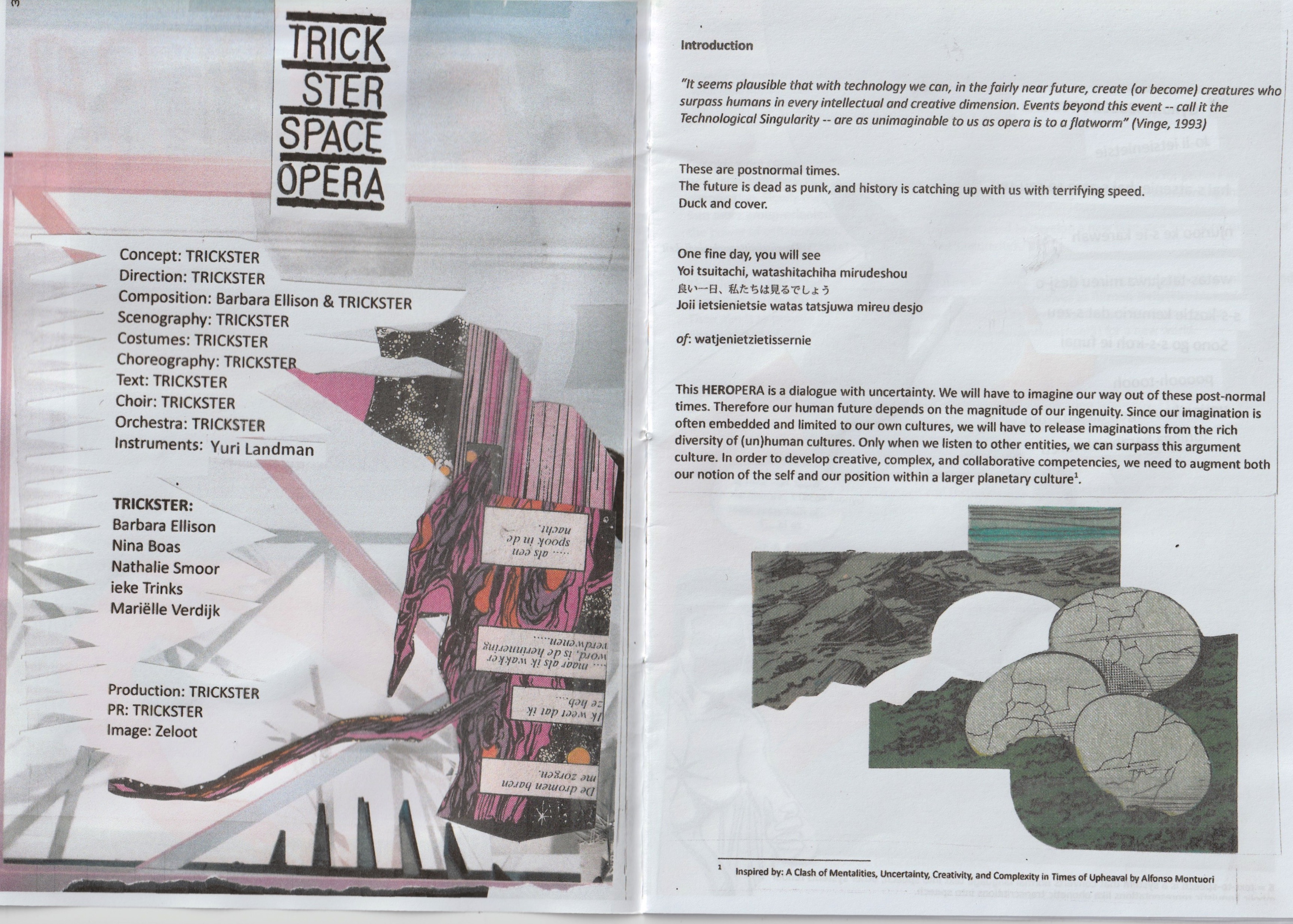 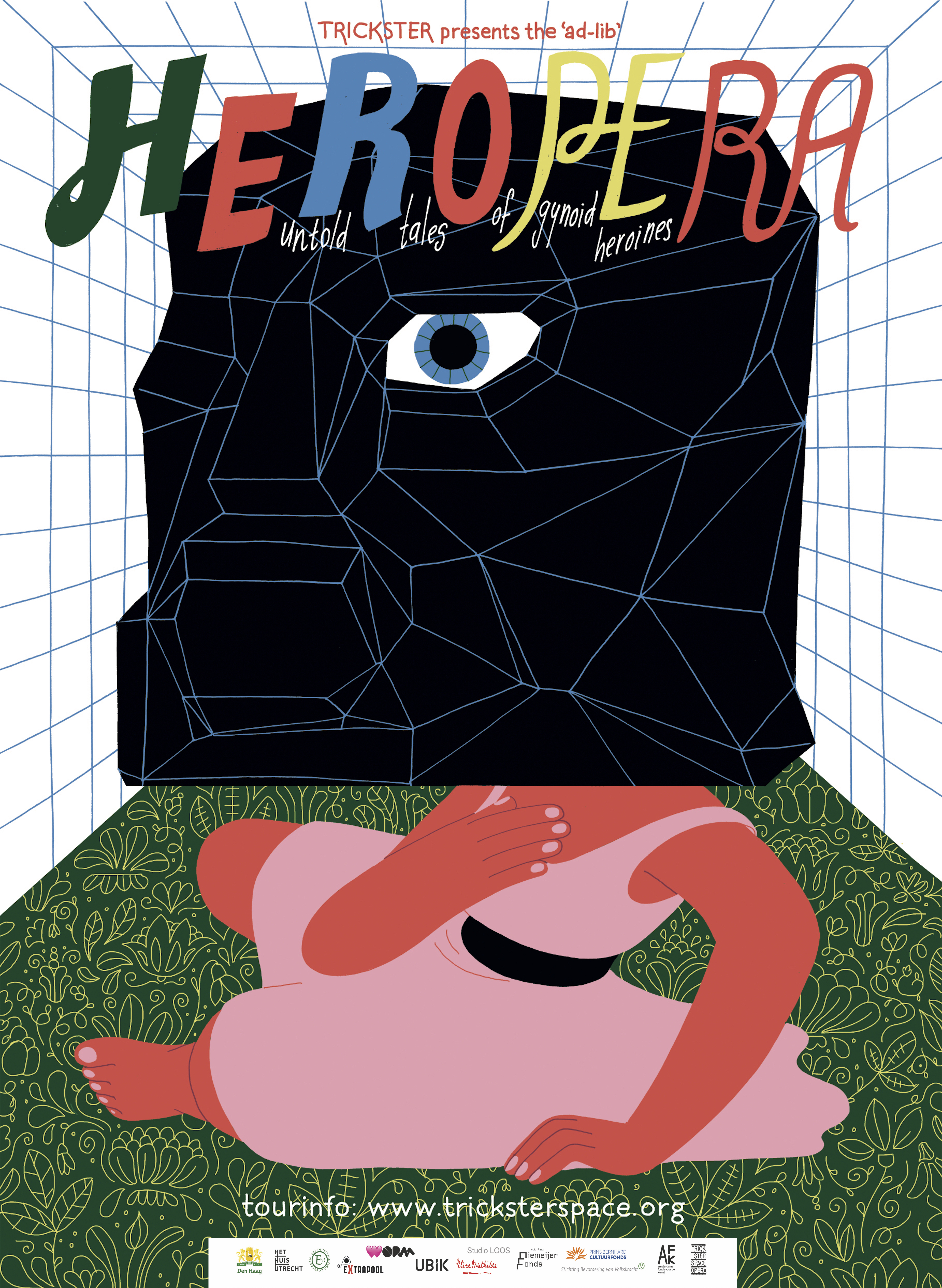